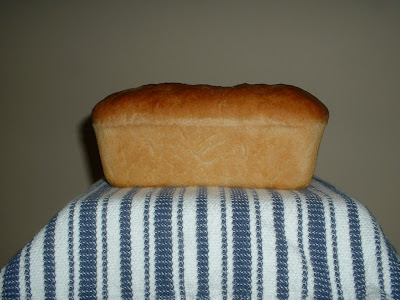 Well, its finally here, the first day of Baking With Julia!  I'm so excited to be starting with a group at the beginning of a book... and, its also not a book just about bread, which I'm happy about.  I love to bake bread and try new recipes, but there are also a lot of great baked treats out there, which I've never tried making before.  I'm kind of lazy in that if I don't HAVE to do it, I won't, so this group will help push me to try things I probably wouldn't have made otherwise.

I love the new book, that the previously known as "Tuesdays With Dorie" group, is baking from now.  It's Baking With Julia, written by Dorie Greenspan and is based on the PBS Series which was hosted by Julia Child.  The show played host to several dozen well known chefs and so the book draws from a wide range of talent in the culinary world.  It's kind of nice to try so many different chefs' recipes, while only having to buy one book.

The first chapter of the book is Breads, which is where we find our first recipe for the group, which was fine with me, since that's what I'm most comfortable making right now.  The recipe for the White Bread, can be found on page 81 of the book or since this first recipe is being hosted by Laurie and Jules,  I believe the recipe can be found over on their blogs today.  They are the daring leaders of this group and I'm grateful for their willingness and dedication to keep the group going as it journeys into a new book.

I pretty much followed the recipe as its written, except that I substituted instant yeast for the active dry variety, which I don't seem to get along with very well.  I always keep a little plastic container of the instant kind in my freezer, which I pull out several times a week to make our sandwich bread, buns, pizza dough, etc. 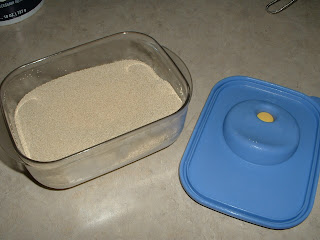 I'm becoming so comfortable making bread, that alot of times I'm not really thinking about what I'm doing, or maybe just not thinking at all.  Extremely happy to be starting the first recipe the group is working on,  I was humming along to myself last week, as I was measuring my ingredients.  I was talking on the phone to my hubby, who called on his lunch hour, to make sure the house and myself hadn't blown away (big storm in the vicinity).  My mixer was whirring along and I told him I had to go, as the timer was about to go off.  I had mixed my dough for 10 minutes, as instructed in the recipe, BUT, I had used the paddle attachment.  YIKES!  I didn't know if this was a terribly big deal, but I lifted my ball of dough out of the bowl I'd just placed it in, chucked it back into the stand mixer bowl, attached the dough hook, turned the mixer on and set the timer for another 10 minutes.

I've included a couple process photos below showing the bread at different stages.  There is a picture for each step I followed under the 'Shaping the Dough' heading.  There are no pictures in the book for this part, but it was easy enough to tell what they wanted you to do.  Anyway, if you don't shape it exactly as they intended, it will still be a fine loaf. 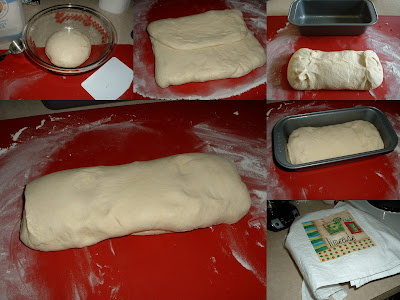 The finished loaf of bread turned out really well, and the extra kneading, didn't seem to hurt the dough.  I proofed my dough in the oven with just the light on and that seemed to be enough warmth for the first rise and second rise that the dough went thru.

The taste of this white bread surprised us and was better than what we had expected.  It wasn't dry at all, and kept well on the counter in one of my bread storage bags that I picked up at King Arthur Flour at Christmas.  My husband couldn't quite think how to describe the bread, except that it was kind of like his favorite loaf of white bread, but kicked up a notch.  It didn't taste like supermarket white bread at all.   I've only made plain white bread a couple of times, but this recipe produced the best tasting loaf of the bunch and we used it to try out a recipe for tuna salad that I'd jotted down from an America's Test Kitchen magazine.

Stay tuned for more Baking With Julia, when I return in a few weeks with Chocolate Truffle Tarts!  Thank you Laurie and Jules for hosting this week!! 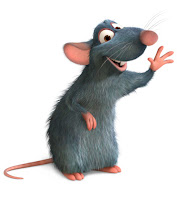 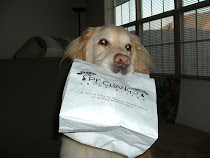 You should always cool cookie sheets before putting a new batch of raw cookies on the sheet. Warm sheets start the dough melting slowly before it goes into the oven, which can cause too much spreading or deformed cookie shapes.
A good practice is to keep forming cookies and laying them out on parchment, while the cookies are baking. When the hot cookies come out of the oven, slide the hot liners onto cooling racks and slide the new cookie lined parchment sheets onto the hot cookie sheets and put into the hot oven immediately.
from Cookies and Brownies
by Alice Medrich

BYOB (Bake Your Own Bread) 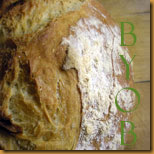